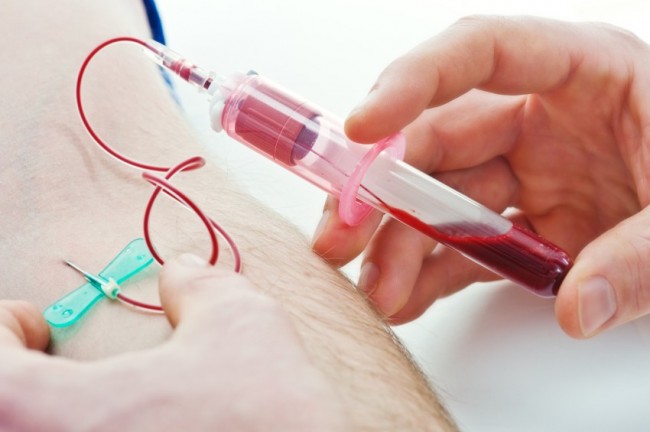 In a recent study it was found that injecting older people with blood from young donors lowered the risk of issues such as cancer, Alzheimer’s and heart disease.

A start up in America, called Ambrosia, carried out the research to study the effects of injecting blood from young donors into people over the age of 35. The group were specifically looking at the number of proteins called carcinoembryonic antigens. Carcinoembryonic antigens are found in all people, but can increase in number in cancer patients.

In the study, which was carried out with 70 test subjects, carcinoembryonic antigens dropped after the subjects received the transfusions.

They also found decreases in the levels of cholesterol, and proteins that are linked to Alzheimer’s.

‘I don’t want to say the word panacea, but here’s something about teenagers. Whatever is in young blood is causing changes that appear to make the ageing process reverse.’

Also, there does not seem to be a limit the age of the people that can benefit from this treatment. The participants ages ranged between 40 and 80 and all of them showed similar amounts of improvements. The benefits gained lasted for varying amounts of time, but this did not seem to correlate with age.

Undoubtedly phlebotomy was a part of this process. Phlebotomy is the process of extracting blood from a patient for further analysis. This could be in the form of a health check, sports performance analysis or clinical studies.

The path to becoming a qualified phlebotomist is simple and clear. All you need is a professional qualification that can be earned on a weekends course.

Medicare Services are the premier supplier of these courses in the UK. To find out more about the role of a phlebotomist, or the Services we provide just call us on 0203 372 4174.